In this section, we will cover stories of common men and women who have fought all odds of the society to survive. A column dedicated to the reality of livelihood…

This is the story of a woman of courage, a woman who fought all odds to raise her three children. Born in the village of Cooch Bihar, Upasana( name changed) got married at the age of 12 years. After marriage, she found out that her husband who was 10 years older to her was not normal and suffered from schizophrenia. Her father brought her back. The whole family decided that she will stay with her parents until the boy gets better. However, with time the situation worsened and the boy’s health deteriorated.

Upasana, a little girl who became teenager only after marriage did not know what to do. She tried committing suicide but her failed attempt only lead to her second marriage. Her parents decided that she should get married again to a man who was 13 years older to her. At the age of 15 years, she got married to this man, who was a divorcee and was gambling day and night.

After her second marriage, Upasana had difficulty running the house. She used to sell ‘chanas’ in her village and wash clothes of families in the village. Her earning during those tiring days was hardly ‘40’ Rs per month. At the age of 17 years, she gave birth to her first girl child- “Shabina”. Upasana’s husband was happy being a father and welcomed the girl child with a smile. However, he never fulfilled his duty and responsibilities as a father. He still gambled and by now started drinking too.

At the age of 19, Upasana had her second child, “Varun”. She now not only had two children to take care, but was also weak to fulfill all other responsibilities of home. Upasana’s husband did not care much and continued to stay out of home for a longer period.

After only a year, Upasana got pregnant again with her third child. She tried many things to abort the child, but all her attempts failed. “Binita” was born weak and sleek who needed immediate attention of a good doctor. Upasana’s husband wanted this child to die as she was born. But Upasana being a mother and a woman, took the child in her arms and promised that she will do all to make her survive in this world.

Since then, many years have passed now. Upasana, now 30 years of age works as a maid. The family moved to Delhi. Her husband works as “Thelewala” or a rag picker. Upasana with a big smile on her face raises her children unapologetically who are now going to Government school.

Upasana says, “Life is what you make of it. It is difficult and I just want to go with the flow…..” 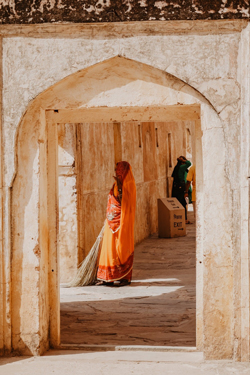 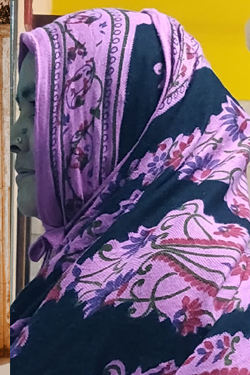